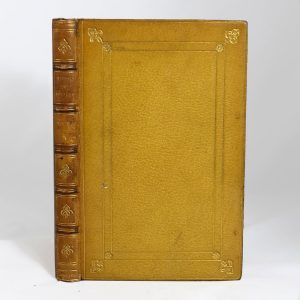 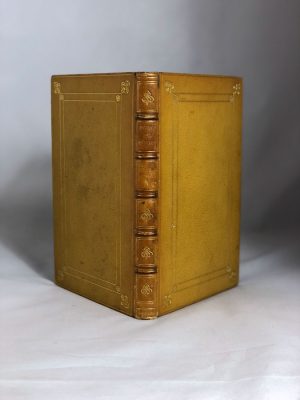 [Beckford (William)] Recollections of an Excursion to the Monasteries of Alcobaça and Batalha.

An attractive association copy of Vathek author William Beckford's memoir of his travels in Portugal. Beckford first travelled to Portugal in 1787, mostly staying in the environs of Lisbon and Sintra; he returned in 1793, taking up residence in a coastal villa overlooking the Tagus estuary, from where he planned this excursion to the nearby monasteries. Although he found Alcobaça gloomy and "Saxon", Batalha intrigued and enchanted him. It was also said to have had a significant influence on various aspects of his famous, constantly evolving designs for Fonthill Abbey.

This copy is from the library of Archibald Primrose, 5th Earl of Rosebery, with his bookplate and Epsom library bookstamp - many of the books from "The Durdans" were sold at auction in 1933, including eighty-six Beckford titles, which is presumably when this book came onto the market. The Rosebery family has a long association with Beckford, bibliographically, the first Lord Rosebery buying prodigiously from the auction of Beckford's library at the Hamilton Palace sales in the 1880s. Further books and manuscripts from the Rosebery family collection, housed in Barnbougle Castle in Scotland, were sold at auction in 2009. 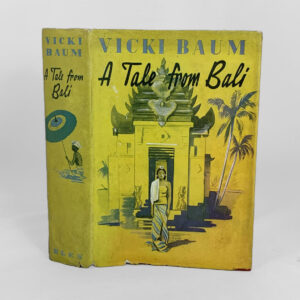 Baum (Vicki) A Tale from Bali

Attractive first UK edition of this important work by the author of The Grand Hotel, set during the 1906 Dutch intervention in Bali. 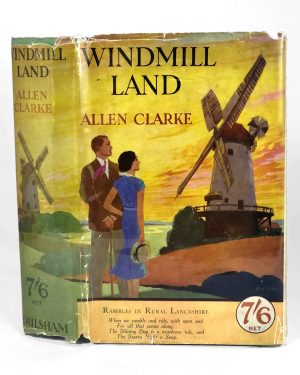 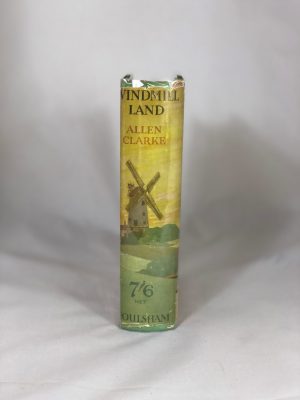 
...Rambles in a rural, old-fashioned country, with chat about its history and romance. Illustrated by photographs
London, Foulsham, 1933.

Originally published in 1916, and followed by several other titles in a similar vein by this author, this "New Edition" is newly illustrated and delightfully dust-jacketed. A cycle trip around Lancashire. 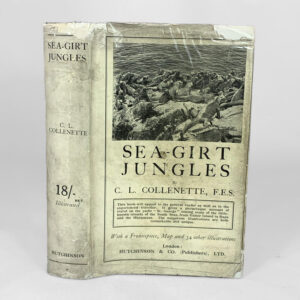 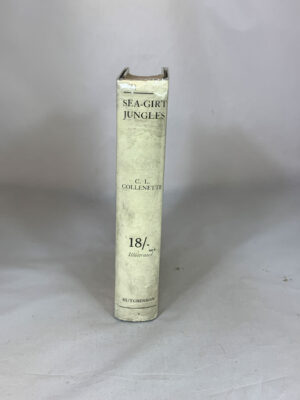 
The experiences of a naturalist with the "St. George" Expedition
London, Hutchinson, [1926].

A picturesque account of of travel on the yacht "St. George" among some of the little-known islands of the South Seas, from Easter Island to Rapa and the Marquesas. 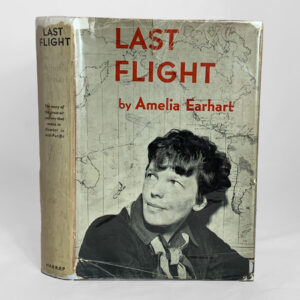 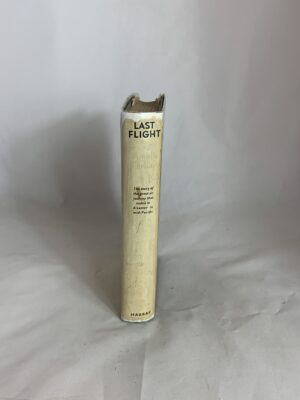 Amelia Earhart's absorbing account of her ill-fated last flight around the world, begun in 1937, comprising her diary entries and other notes - a classic of aviation history. Amelia Earhart was twice the first woman to cross the Atlantic by air: initially in 1928 as a passenger just a year after Lindbergh's pioneering flight and then in 1932, flying solo. 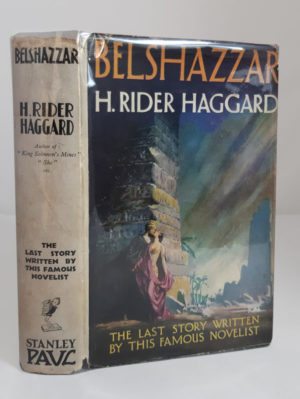 Second impression, Stanley Paul, [1930]. The wrapper is unpriced but identical to first (which is priced 7/6 on spine) and list of titles on back panel. The lack of a price may imply it was a copy intended for export. 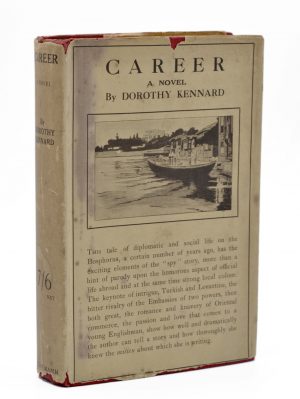 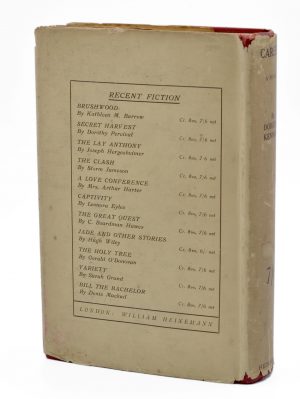 This tale of diplomatic and social life on the Bosphorus, a certain number of years ago, has the exciting elements of the 'spy' story... (jacket blurb). Seemingly scarce in the jacket. 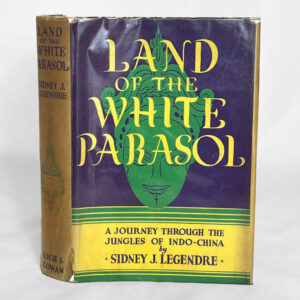 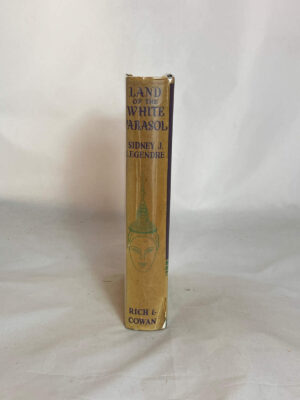 A fascinating account of a journey through the jungles of Indo-China. The photographic illustrations are by Gertrude Legendre nÃ©e Sanford, an American woman of rather remarkable qualities: socialite, spy, explorer big game hunters, environmentalist and plantation owner, to name a few. She met Sidney Legendre during an expedition in Abyssinia. 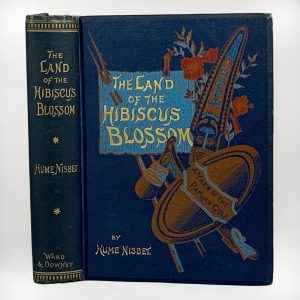 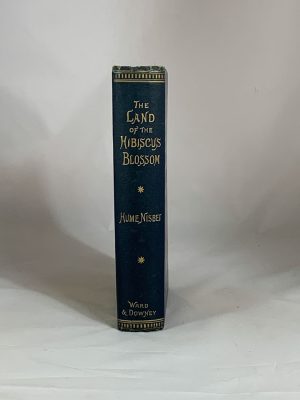 Nisbet ([James] Hume) The Land of the Hibiscus Blossom:

A very nice first edition of the scarce first book by this well-known author & artist, best remembered for his ghost stories and weird fiction. Nisbet was born in Scotland, but moved to Australia at the age of 15, with many of his works based on or inspired by his travels in that region of the world. 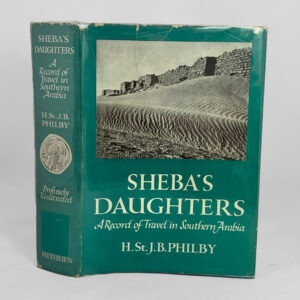 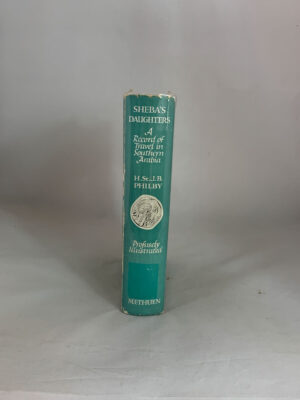 
being a record of travel in Southern Arabia. With an appendix on the rock inscriptions by A.F.L. Beeston.
London, Methuen, 1939.

A very good first edition of Philby's account of his journey from Central Asia to the Indian Ocean, in his role as Ibn Saud's official advisor. An important work, notable for Philby being the first European to enter Abha, capital of Najran, the frontier district between the Wahhabis and the Yemenites, and the second to visit Shabwa, where he was the first to thoroughly examine the city's ruins. 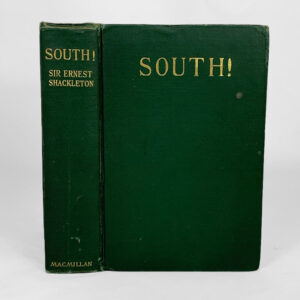 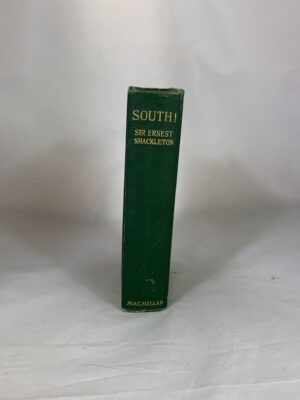 The first US edition of Shackleton's famous recounting of his final expedition to the Antarctic. 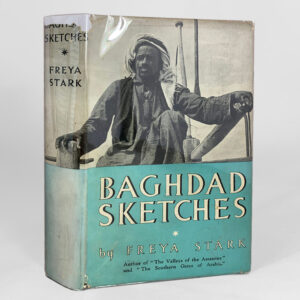 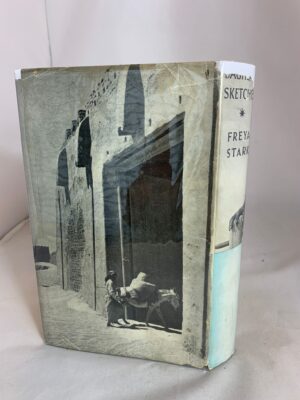 Scarce in the dust-jacket. This 'second edition' builds considerably upon the Baghdad edition of 1932, including the addition of ten sketches. 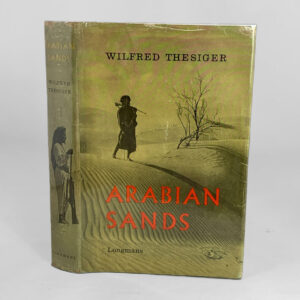 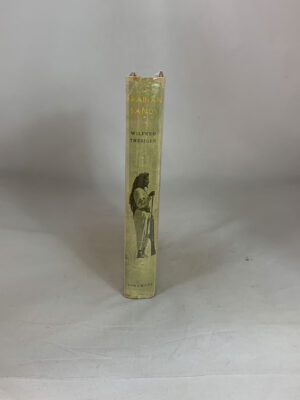 The famous account of the author's five year stay in the Empty Quarter. 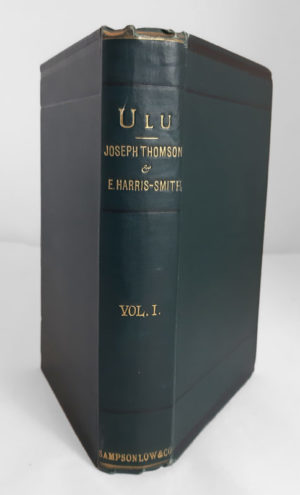 First edition, 2 volumes,
London, Sampson Low, 1888
A Haggardesque tale written in collaboration with a female novelist presumably drawing on Thomson’s own experiences in Central and Eastern Africa. Thomson was a Scottish geologist and explorer who played an important part in the Scramble for Africa. Ulu is his only work of fiction and very rare in commerce. 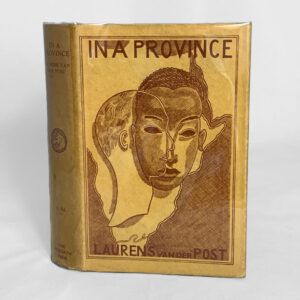 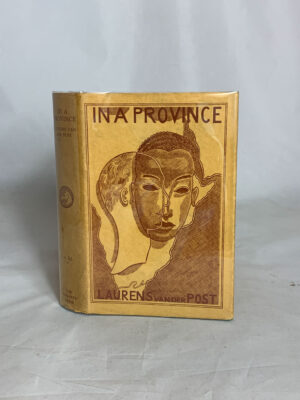 The first edition of Van der Post's first novel, published under the aegis of Leonard & Virginia Woolf's Hogarth Press. The work was considered significant at the time due to its perspective on race relations in South Africa. An attractively jacketed first edition.