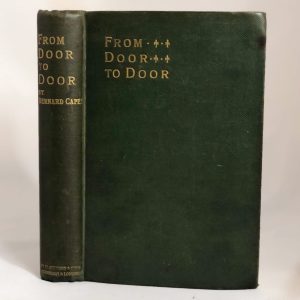 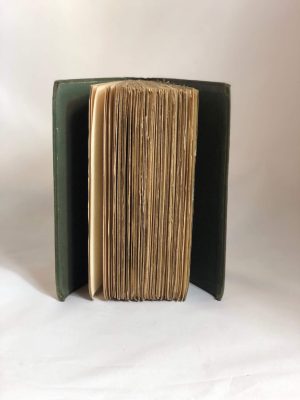 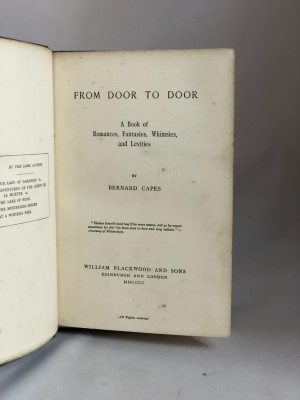 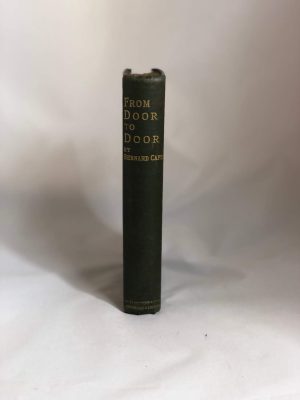 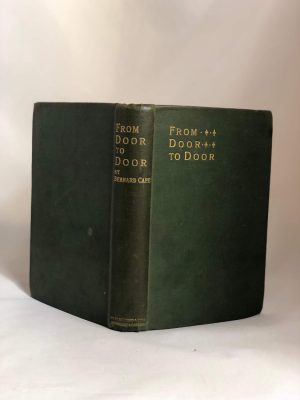 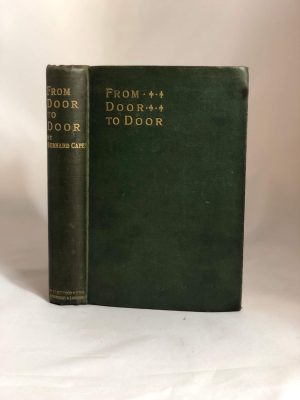 Capes (Bernard) From Door to Door.

An author who turned his pen to various genres, including crime fiction and weird & supernatural. Rare. 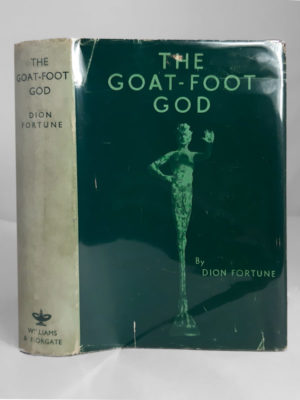 First edition.
London. Williams & Norgate, 1936
An original novel in which the 15th and 20th centuries meet with uncanny results, due to the invocation of Pan. This work is of special interest to students of magic and the Western Mystery Tradition. 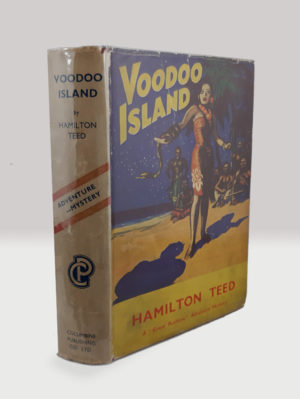 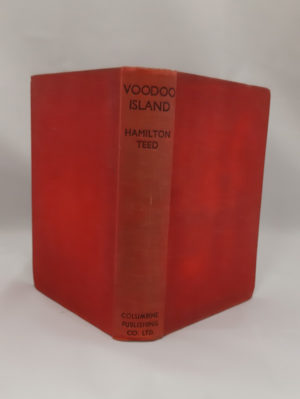 London, Columbine Publishing Co, 1939. The world-renowned detective Grant Rushton takes on his most sinister foe yet, High Priestess of the terrible cult of the Voodoo, Marie Galante.