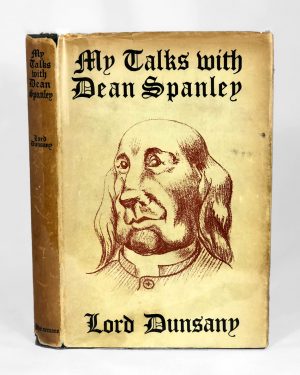 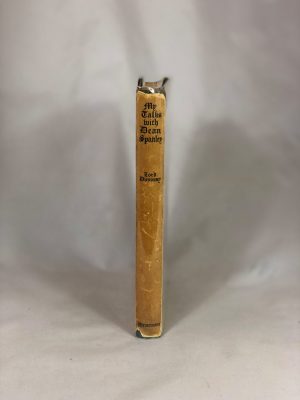 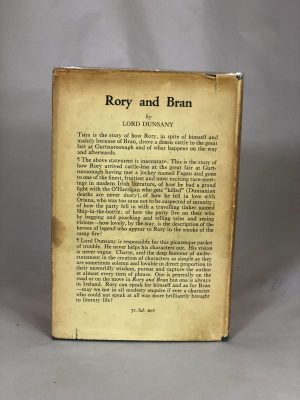 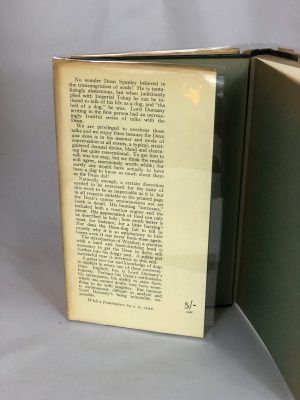 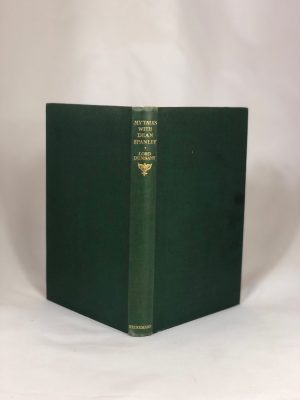 A good first edition of Dunsany’s classic humorous novel about an alcohol-loving clergyman who thinks he is the reincarnation of a dog…the jacket artwork says it all.

VG; jacket browned and with some chipping. 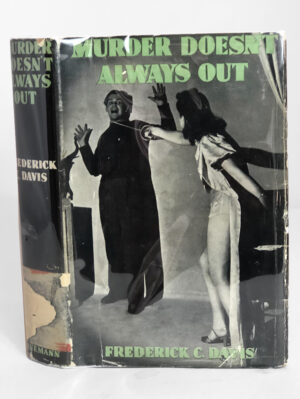 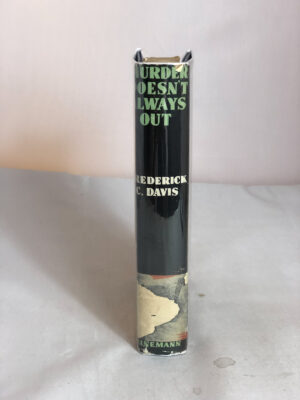 Published in US as 'Poor, poor Yorick.' A Hubin-listed title involving the dumping of a corpse off the coast of Connecticut and the apparent suicide by poisoning of a hostess on the eve of divorce.

Frederick Clyde Davis (1902-1977) was an American pulp writer. He was educated at Dartmouth College, Hanover, New Hampshire, and became a professional writer at the age of 22. Davis wrote several novels featuring his series detective, Professor Cy Hatch of which this is one. 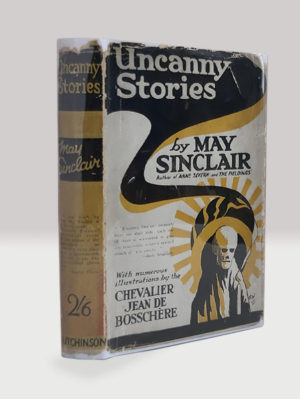 Third edition.
London, Hutchinson, Not dated but likely to have been published in the 1920's.
Illustrations by Jean de Bosschere. Uncanny Tales was first published in the UK in 1923. An important collection of supernatural 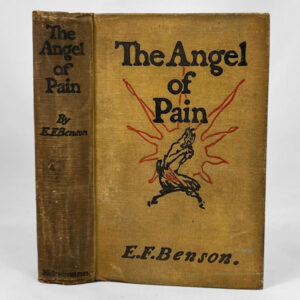 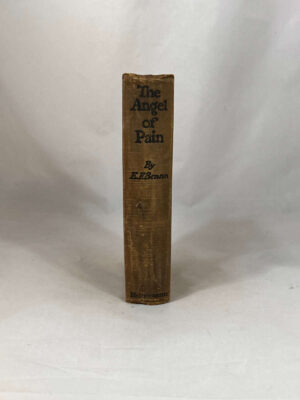 Benson (E.F.) The Angel of Pain

A solid first edition, second impression, of this tale of the supernatural by Mapp and Lucia creator E.F. Benson.